Why Is It So Hard For You To Leave Your Abusive Relationship?

For someone who has never been in an abusive relationship, understanding why someone can be in one is hard. The first questions would be, “Why don’t they leave?” Easier to wonder than to actually do it. Getting rid of someone, especially your “partner” is not as easy as it sounds.

The difference between toxic and abusive

This week’s Pillow Talk topic is a little heavier than usual – but so, so important. ⁣ ⁣ A lot of people don’t know what the difference between a toxic and abusive relationship is, and a lot of them don’t even know that they’re in one to begin with. ⁣ ⁣ Kirath from @womensaidorg shares with us some valuable lessons that we all can learn from and some very useful information. Watch the full video on our YouTube channel.

According to Jaskirath Kaur, Community Engagement Officer from Women’s Aid Organisation (WAO), she says, “The most important thing to remember is that a toxic relationship doesn’t mean it’s abusive but an abusive relationship is toxic.”

Not only that there’s an imbalance power between couples. She added, “In an abusive relationship, you are submissive and the abuse has power over you. However, in a toxic relationship, there might be a power balance between individuals.”

Why is leaving so hard?

A reminder before you go to sleep tonight 💖

Being in an abusive relationship, it can somehow destroy one’s self-esteem, making them feel impossible to leave. Especially for people in an emotional abuse relationship, they might not realise they’re actually being abused. It can be hard for them to leave their partners after they’ve continuously been made to feel worthless.

2. Lack of cash for survival

Sometimes, people in abusive relationships find it hard to leave because they depend on their partners for monetary. This especially happens in marriages, where the spouse is responsible for the household income.

3. The cycle of abuse 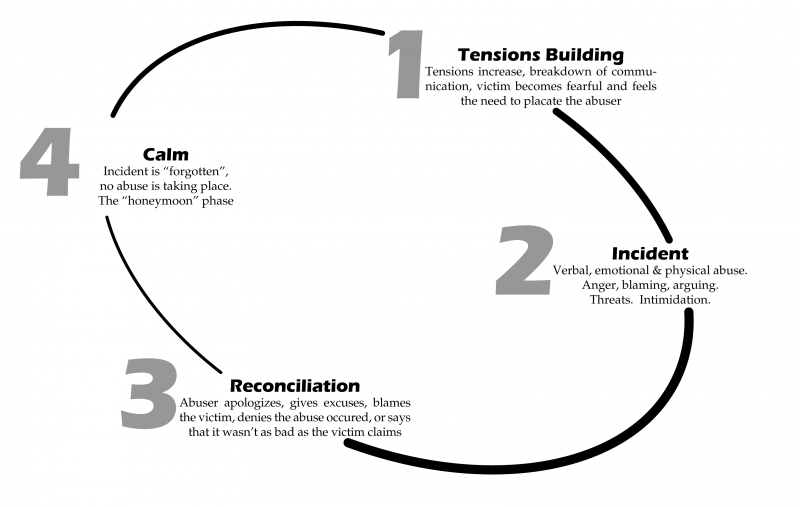 This is where the abuser makes up for abusive situations by doing something nice or apologising and promising that they’ll never do it again. Jaskirath tells that most of the time, people stay in an abusive relationship because they’re stuck in the cycle of abuse but adds, “Just because they didn’t hit the person then, they won’t do it in the future.”

4. It can be very, very dangerous to leave

Are you wondering if you’re in a toxic or abusive relationship? Ask yourself these questions. ⁣ ⁣ We’re super grateful to have @justkirath from @womensaidorg to explain to us how to identify toxic and abusive relationships, and how we can safely leave them. ⁣ ⁣ For the full video, check out our YouTube channel. Title: Am I In A Toxic Or Abusive Relationship? We Asked WAO Community Engagement Officer | Pillow Talk

To a point of life-threatening!  There are times when the abuser will threaten their partners with threats that could potentially harm either themselves or their partners. For example, threatening to kill their spouse if they ever leave.

It’s hard to just drop everything and go especially if you share commitments like finances and if you have children involved. In cases like this, they’re most likely to stay because there’s just too much at stake.