Your Miss Universe 2018 is Catriona Gray, and big congratulations to Philippines! The 24 year old beauty queen took home the crown after beating contestants from 93 other countries and is now the fourth Filipina to hold the coveted title.

While Miss South Africa, Tamaryn Green was the first runner-up and Miss Venezuela, Sthefany Gutiérrez was the second runner-up.

In the end, there can only be one winner, of course!

But what we can’t stop gushing about is her beautiful red dress that she wore during her crowning moment and thanks to the internet’s sharp eye, we’ve learned that Catriona’s win coincidentally meant that Philippines had completed its flag colours from the dresses that were worn by previous Miss Universe Philippines contestants.

And why the colour red? Apparently, she was inspired by a volcano in the Philippines. Her dress done by Mak Tumang was a tribute to the Mayon volcano of the Philippines, in which her sparkling crimson gown was designed to resemble the swirling red and orange lava that flowed down the cone-shaped volcano’s crater.

Gray also revealed that she wore the colour red because, “When I was 13 my mom said she had a dream that I would win Miss Universe in a red dress.”

Well girl, you were so lit at the competition alright!

Welcome to the sisterhood, @catriona_gray 🎉 #MissUniverse

Also did you notice her gorgeous earrings? 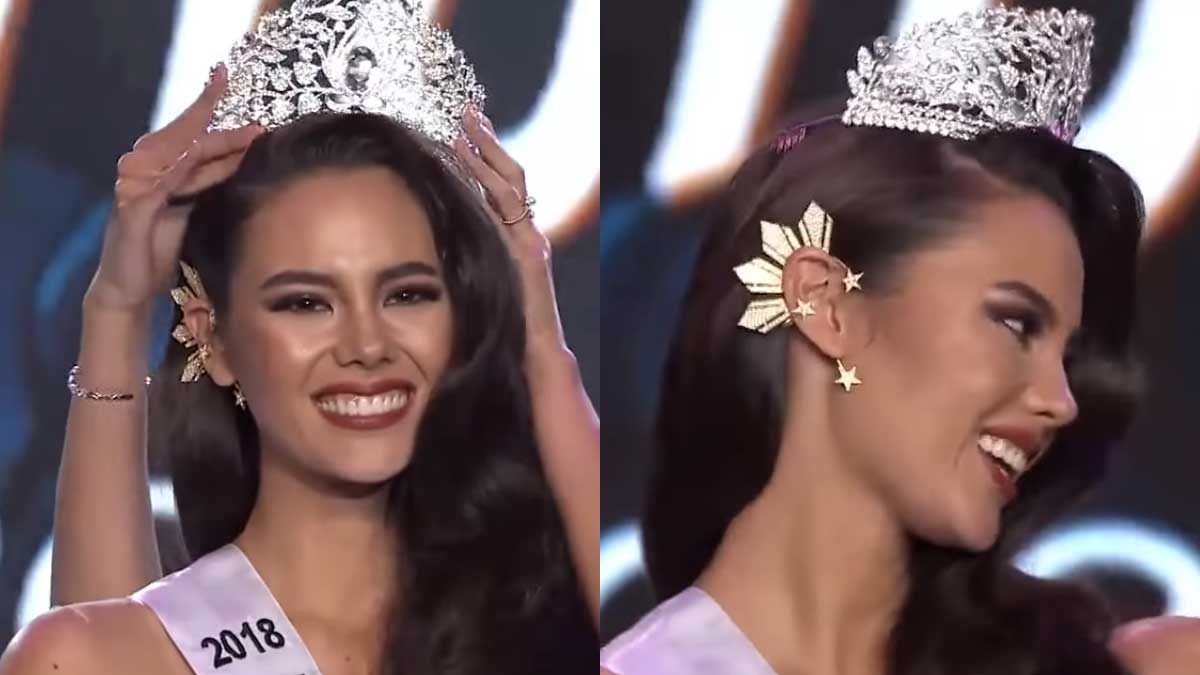 Catriona’s earrings is known as the famous,”3 Stars and The Sun” cuff which she also similarly wore during the Binibining Pilipinas competition back in March 2018. She looked absolutely stunning!

This year round pageant was held in Bangkok, Thailand and was hosted by returning host, Steve Harvey along with supermodel, Ashley Graham.

Here’s Your Ultimate Guide To Taking The Perfect Mirror Selfie

Be Careful When Shaving Your Vagina! These Are The Steps You Should Practice

Here’s Your Ultimate Guide To Taking The Perfect Mirror Selfie

6 Subtle Signs That *Prove* You Are In Love

Important! Find Out What “Panic Attacks” Are & Recognise Its Symptoms

Are Your Make Up Products Causing Allergies? Here’s How To Tell