People Should Talk About Samurai Women Too

When the word “Samurai” is mentioned, most of us would only think of men, as a lot of movies depict Japanese samurai as men. There were no portrayal of women as brave samurais whatsoever.

You may not know this, but back then, samurai women do exist! YASSS and they were fierce AF. Known as the “onna bugeisha”, these deadly warriors were trained in combat, self-defense and highly skillful in using weapons. The most popular weapon of choice are the pole-mounted Japanese blade called a “naginata”, “tantojutsu” used for knife fighting and a dagger called “kaiken”.

They lived by the same principles, both make and female samurai warriors were expected to perform the same duties and often fought alongside each other during the periods of Heian and Kamakura. The most famous women warriors were Tomoe Gozen and Hangaku Gozen. 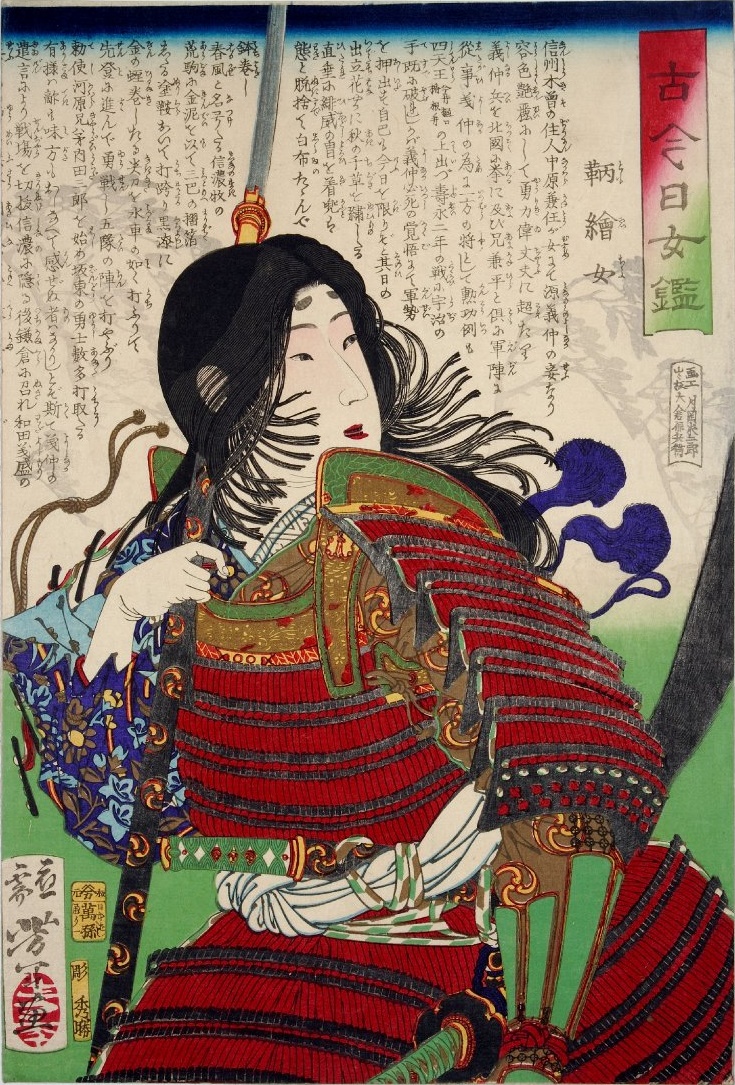 Tomoe Gozen was famously known for her loyalty and courage in which she fought bravely during the Battle of Awazu in 1184. She led 300 samurai into battle against 2,000 opposing Tiara clan warriors. She even slayed several adversaries before decapitating the Mushahi clan’s leader and presenting his head to her master, General Kiso Yoshinaka. Woah, now that’s one female you don’t want to mess with!

The “Tale of the Heike” also describes Tomoe as, “Beautiful, with white skin, long hair, and charming features. She was also a remarkably strong archer, and as a swordswoman she was a warrior worth a thousand, ready to confront a demon or a god, mounted or on foot. She handled unbroken horses with superb skill; she rode unscathed down perilous descents. Whenever a battle was imminent, Yoshinaka sent her out as his first captain, equipped with strong armor, an oversized sword, and a mighty bow; and she performed more deeds of valor than any of his other warriors.”

While Hangaku Gozen was fearless as a man and beautiful as a flower. She once commanded 3,000 warriors to defend against an army of 10,000 Kamura soldiers in defense of Fort Torisakayama.

In the end, her army surrendered and she was captured as the shogun’s prisoner. But thankfully, instead of ordering her to commit “seppuku” (a honorable Japanese ritual where a samurai commits suicide by stabbing their belly with a dagger), one of the soldiers fell in love with her and was given the permission to marry her instead. Together, they conceived a daughter. Although, these women were never made known to the outside world, they’re still remembered and honoured every year in September during the annual Aizu Autumn Festival.

During this festival, young girls would wear “hakama” and “shiro” headbands during the procession to honor samurai women who’ve risked their lives for their country.

So Hollywood, when’s the movie of ferocious samurai women coming out?