What You Need To Know About Prince William’s Alleged Mistress

In this week’s royal news, the marriage of Prince William and Kate Middleton could be on the rocks. It was reported that Prince William allegedly cheated on his wife, the Duchess of Cambridge with her friend, Rose Hanbury

The Sun was the first to report of a falling out between Kate and Rose, though the reason behind it was unclear. Here’s where the rumours of the affairs come in.

The American publication In Touch reported that William may have had an affair with Rose, to which Kate confronted him. He apparently just, “laughed it off saying there was nothing to it.”

Oh no!! Did Prince William cheat on Kate Middleton with her close friend and neighbor Rose Hanbury?? We hope this is not real! #katemiddleton #royalfamily #princewilliam #rosehanbury #cheaters

Now cheating is a heavy matter, especially when it comes to speculating the royal. In response to the rumours, legal action has been taken with at least one British publication being served with legal warnings for publishing details of the rumours.

If you’re clueless as to who is this infamous Rose Hanbury, here’s 5 things to know her better.

Rose, 33 became the Marchioness of Cholmondeley (pronounced Chumley) when she married David Rocksavage, 58, the 7th Marques of Cholmondeley. A marchioness is the wife of a marquess, a British nobleman ranking above an earl and below a duke. A day after their engagement, they revealed that they were expecting and the very next day tied the knot in 2009.

She first gave birth to twin boys, Alexander, Earl of Rocksavage and Oliver, Lord Cholmondeley. Then a daughter, named Lady Iris. Interestingly, her three kids are friends with Prince George. 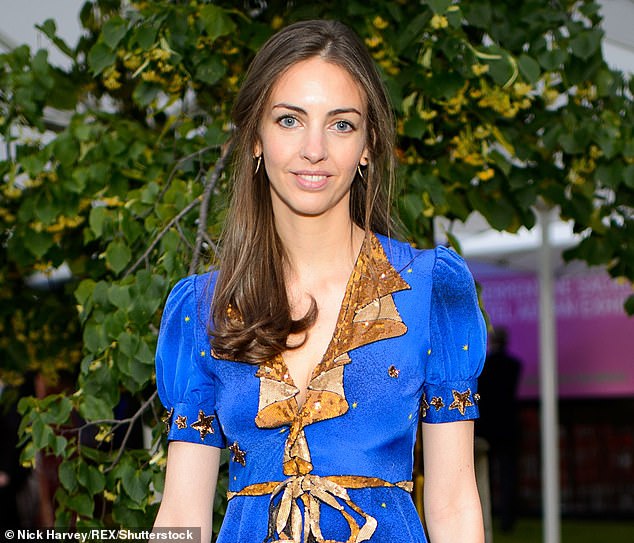 Rose reportedly had a contract under Storm at the age of 23, which is the same agency who discovered Kate Moss. She has also worked as a researcher for Tory MP Michael Gove.

4. Same Social Circle With Will and Kate

Their home, built in the 1700s for Britain’s first Prime Minister Walpole is located near Will and Kate’s home, Anmeer Hall. Due to their close proximity with the royal couples, they socialise in the same group, called the Turnip toffs by British media.

Woah, totally didn’t see this coming but Rose’s grandmother was apparently close. She was one of the bridesmaid for Queen Elizabeth’s wedding to Prince Philip. No wonder Rose is pretty tight with the royal family!

“The Man” is Taylor Swift In New Music Video: All the Hidden Easter Eggs