You know what that means, delicious food, ang pows and of course, endless CNY reunion dinners. Family members would travel near and far to their hometowns to have dinner together with everyone before the first day of Lunar New Year.

But with traditions slowly fading away and millennials not bothered with old customs, here’s a refresher on CNY reunion dinner etiquette that all Malaysians should know.

Unless the host serves and asks you to eat first, that is. Don’t worry about being ‘paiseh’ since they’ve invited you to start first. But there are times where they would serve their guests of honour before asking everyone to help themselves. For youngsters, be mindful of your elders before gobbling those yummy delicacies!

In the name of good eating manners, be considerate by serving them some dishes first before scooping the dishes for you. If you’re helping yourself to another round of food, ask the person next to you if they would like some too. The same goes for drinks. So when pouring tea, don’t forget to pour some for others and if they’re in a conversation — don’t interrupt, just go ahead and pour some into their cup.

3. Do not stick your chopsticks upright into your rice

This is because it symbolizes death and is considered bad luck. Sticking chopsticks straight up in a bowl of rice is a traditional way used by Chinese people to pay homage to their ancestors, hence symbolizing death! Better to take note of this.

4. Don’t tap your bowl with chopsticks

There’s an old saying that goes, “Tapping bowls and you’ll be a beggar for life”. If you didn’t know, back in the olden days, beggars would tap on their bowl to attract attention from passers-by. Sometimes, restaurant customers do the same thing if the service is slow. Hence, tapping your bowl can be a insult to your host. 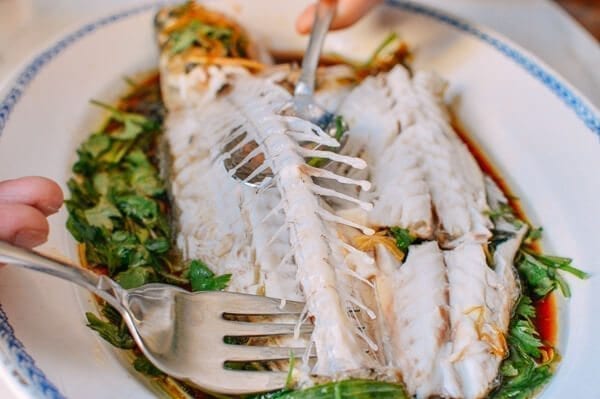 5. Never turn a fish over when eating it whole

This belief was originated from the Chinese fishing communities, where they believed that flipping a fish over symbolises a capsized boat, which means bad luck. Simply lift the tail up and scrape the flesh out.

Not only is tapping your foot considered rude but it also means poverty in Feng Shui. A person who taps their foot mean that they’re always unstable and is thought to be bad for collecting wealth. There’s even a folk saying, “A man tapping his foot is poor, and a woman tapping her foot is indecent.” You don’t want to be labelled as rude.

So there you have it, everything you need to know before the important family reunion dinner. Gong Xi Fatt Cai everyone!