There’s just something about Asians that never fail to amaze the world, either because we’re naturally talented or we’re just simply ‘kiasu’. In movies, Asians are often depicted as the smart one but IRL, we conquer the fashion world too — with or without $$$.

Don’t believe us? Check out these super creative Asians who are proving that you can strut in high-fashion even if you’re broke AF.

The best part, they’ve recreated these looks using stuff that you can find from your everyday life! From using leaves to fruits and even ‘keropok’ (chips), playing dress up has never been this good.

1. Cosplaying on a tight budget

This pretty girl from Thailand, Framsook Lek Lek recently went viral again for cosplaying Aquaman made out of pineapples, corns and vegetables. We’re so mind-boggled from the level of creativeness! However, this isn’t her first low-cost dress in which we have seen her specialty of using food and daily items as props to recreate celebrity outfits. There’s even one with durians!

This high fashion dress was made by our home girl, Suraya Mohd Zairin who was just 16 years old at the time. Her masterpiece, a gown made out of 4,000 tea bags has made her won gold at the Green Awards 2011 in Kuala Lumpur. The science stream student from SMK Bukit Jelutong says that she chose to make a dress out of tea bags because they were easily available to her and completed the creation in three months. So eco-fab! 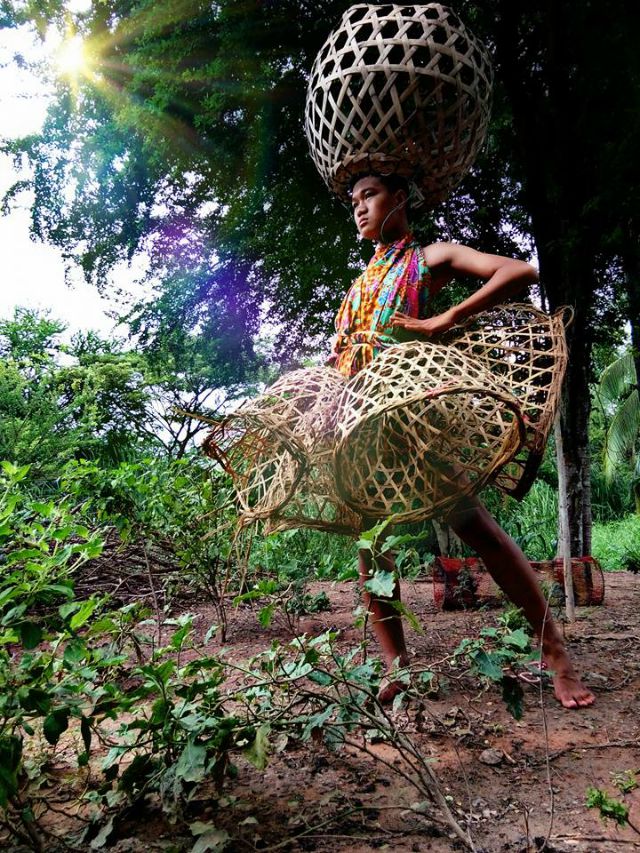 This teen from Thailand became an internet sensation back in 2015 after he posted photos of himself modelling to some incredible outfits fashioned from everyday materials on Instagram. If you Google Madeow, you’ll see him dressed in hangers to plant cuttings and woven baskets, taking ordinary items from his home in Khon Kaen (province of northeastern Thailand) to high fashion.

4. Expensive labels? Nature’s got your back 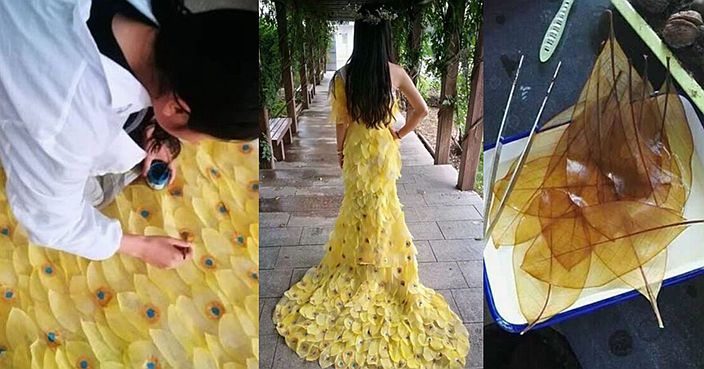 Made by four science and biotech sophomore students from the University of Hefei – the team of two boys and two girls decided to recreate Chinese actress Fan BingBing’s dress that she wore at the Cannes Festival. The outcome was stunning! Can you believe that beautiful gown was made out of 6,000 leaves? This proves that you definitely don’t need to spend big on a designer dress! Now if there’s only way to book an appointment with them…

These group of young Vietnamese boys were inspired by Victoria’s Secret Angels Fashion show in 2011. Creating their very own masterpiece out of plants, leaves, ferns and sticks, they strutted down an outdoor runway to Maroons 5’s “Moves Like Jagger” — the same song used for the widely known lingerie fashion show. Watch the video here to see how bold their walks were!